How Much Do You Know about Padel Tennis?

The former Spanish player Ferrer, ranked third in the world, recently participated in a professional Padel competition and reached the final in one fell swoop. When the media thought he was going to enter the sport, Ferrer said that this was just his new hobby and had no plans to become a professional player.

So what is padle tennis?

The field is 20 meters long and 10 meters wide. The distance between the net and the bottom line is 6.95 meters, and the center line is 5 meters on each side of the square.

At the bottom of the court, toughened glass is used as a defensive wall, surrounded by metal mesh.

Doubles use the entire field, and singles only use a 6×20-meter field.

After the ball hits the glass or fence after it hits the ground, the player can continue to hit it.

The scoring rules are the same as tennis.

Paddle tennis originated in Acapulco, Mexico in 1969. At first it was popular in Spain, Mexico, Andorra, and Argentina and other Hispanic countries, but now it is beginning to spread rapidly to Europe and other continents.

Paddle tennis is popular with many British tourists on the Costa del Sol in southern Spain and the Algarve in southern Portugal. This has made paddle tennis more and more important in the UK. The UK established the British Paddle Tennis Association in 2011.

The U.S. Cricket Association was established in Tennessee in 1993 and opened two courts in the Chattanooga area. 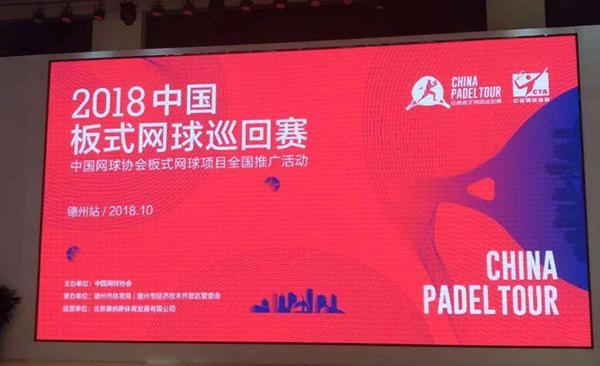 At present, paddle tennis has been launched in 78 countries, of which 35 countries have joined the International Paddle Tennis Federation. In the Asia-Pacific region, Japan, Australia, India, Thailand, and China have become full member states.